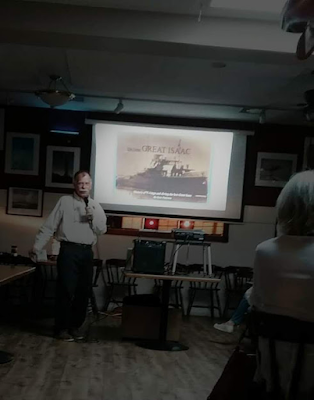 Shipwreck Adventure lectures for clubs, museums, clubs or groups
Below is a short list of popular wreck diving adventures and history. These lectures reflect decades of experiences wreck diving, organizing expeditions and exploring the North Atlantic coast. Small informal or large group lectures can be arranged. Enjoy these exciting and historical accounts of discovery, treasure hunting, marine life and unique presentations for all audiences.

Lectures
"To New Jersey and Beyond"
An overview of exciting shipwreck discoveries and first-time explorations of local shipwrecks, and expeditions along the North Atlantic Coast. 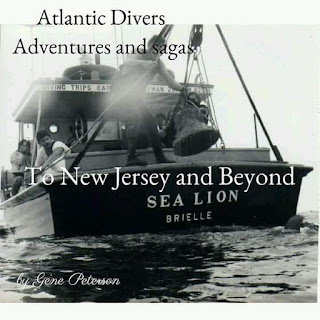 "To Halifax and Beyond"
Continue to explore and discover shipwrecks, remote abandoned islands, find treasure, and hear the captivating maritime history of Nova Scotia to Newfoundland. 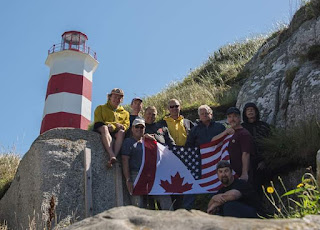 "How to capture a porthole and deadeyes I have known"
Having recovered thousands of shipwreck artifacts, including bells, helms, binnacles, telegraphs, china, deadeyes and portholes, this lecture will take you on an adventure discussing recoveries and in-depth techniques to help you recognized and recover and preserve artifacts. (Mainly for dive groups) 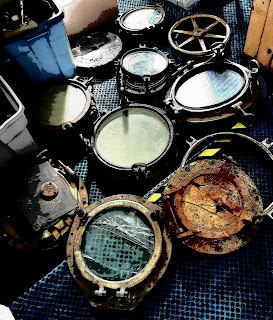 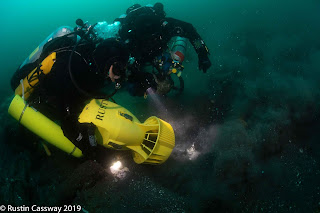 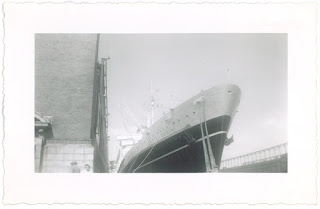 Diving the Deep Dark and Dangerous, Andrea Doria
Experiences on over 8 expeditions to the Andrea Doria including the first wreck penetration and on to the 50th Anniversary dive of her sinking are presented in this exciting program. Enjoy firsthand tales of these exciting trips including the historic Gambone artwork recoveries as documented in Gary Gentile's book "Deep, Dark and Dangerous". 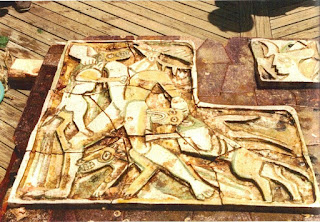 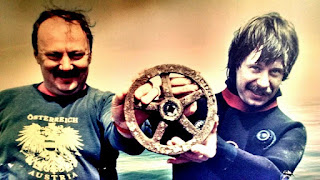 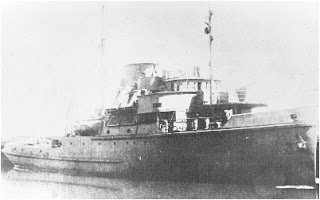 Discovering Shipwreck Series Part 1    "Finding the Freedom"
Start with the search for the lost tanker "British Freedom" and decades of wreck searching has led to solve many mysteries. Reunite families with their forefather's history and help them pay tribute to these great heroes that lost their lives at sea insuring our freedom. Hard work and the inspiration of history enabled discovery and closure for many families affected by these great tragedies. Their perilous stories need to be heard so that we as Americans can appreciate their dedication and sacrifices. 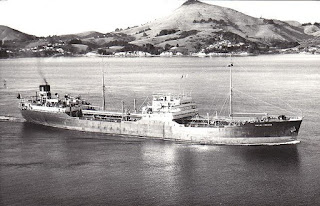 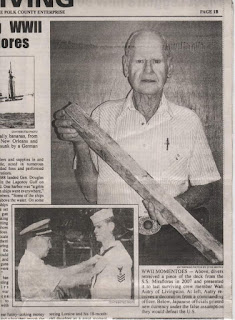 Discovering Shipwrecks Series Part 2    S.S. Miraflores "Lost without a trace."
An exciting New Jersey shipwreck story which brought closure to surviving family members from Texas to Newfoundland. Hear the how an act of patriotism changed the life of a lone survivor and of the numerous connections as the discovery and identification of this ship were unveiled. 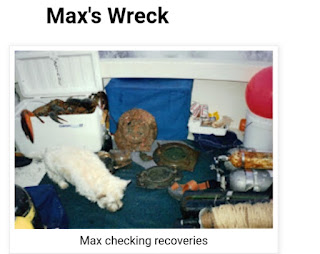 Discovering Shipwrecks Part 3
Maximum Encounters on Max's Wreck, Finding the S.S. Montgomery
Thousands of ships have passed the Delaware Capes and hundreds of shipwrecks lie in the local waters. This exciting presentation tells the tale of numerous searches on dozens of unidentified wrecks off Cape May which led to the discovery of this historic steamer.   Located by Atlantic Divers in 1989 on the dive boat Down Deep, the wreck was named after Captain Bob Meimbresse's dog that was on board during the first dive. Identified as the Montgomery in 2008, when Gene Peterson and Harold Moyers on the dive boat Big Mac recovered a bilge pump which positively identifying the site. You will be on the edge of your seat as the encounter of a giant Great White shark in open water is recounted during a visit to this site... 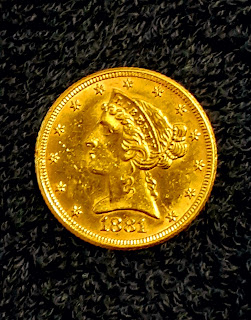 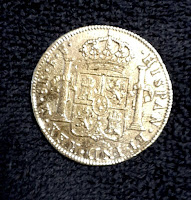 Part 1. Treasure Trove of Adventures. Every diver has dreams of finding treasure.  Several treasure-wrecks lie below the sandy shores of our coast.  This presentation tells the stories of those that were hunted, some found and some still missing. Gold fever strikes as some lucky divers searched and found; some risked it all and lost. "If you don't search, you won't find". 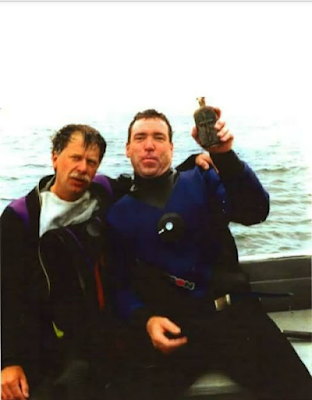 Part 2 Bottles of Treasure.  This presentation reveals the true treasures of friendship kindled through discoveries of antique bottles, china, clay pipes and other unusual, rewards uncovered beneath the seawaters along the coast.   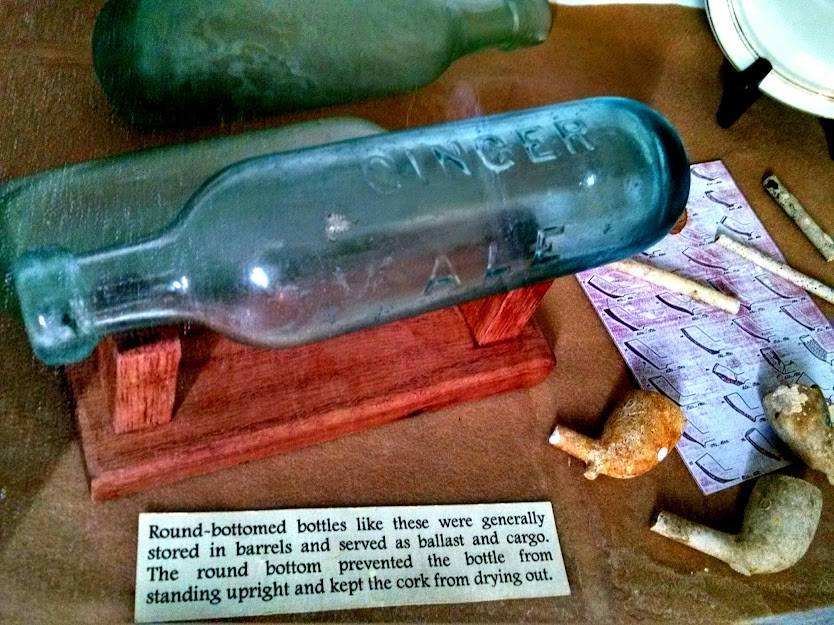 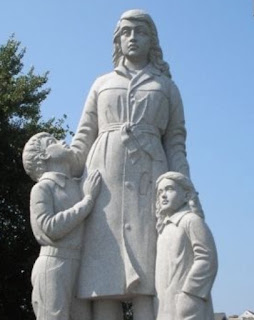 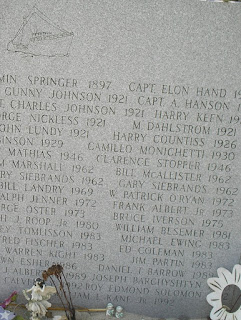 Lost fisherman and sailors
A tribute to the lost sailors of our coast. Hear the tales of the sailors and fishermen who survived unthinkable hardships and of those who perished yet were never forgotten by their loved ones. Their stories are revealed by the sea itself. 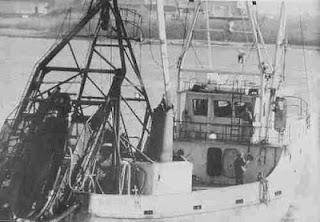 New Jersey, North Atlantic Shipwreck diving.
An exciting introduction to shipwrecks and marine life off the New Jersey Coast.  A great overview of what to expect and see for new and experienced divers. 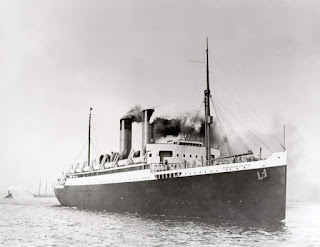 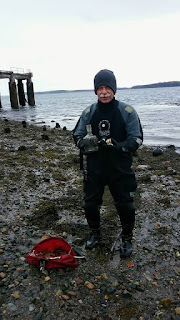 is a member of the prestigious National Association of Underwater Instructors, (certification number 4951) and since 1976 has been teaching scuba diving.  An avid wreck diver, Gene has logged over 4900 wreck dives off the Atlantic Coast from Florida to Newfoundland. These exciting adventures have included discoveries of more than 30 un-dived wrecks, eight Andrea Doria expeditions and acting as diving safety officer for the Gary Gentile's 1990 U.S.S. Monitor Photographic Expedition. He has led over 35 expeditions to Nova Scotia and numerous wreck discovery adventures off the Delmarva coast.

In addition, Gene Peterson has an active 100-ton Ocean Operator's license and a teaching degree from Rowan University.  Gene has received honors from the New Jersey Council of Dive Clubs and from the National Association of Underwater instructors for his 45 years of dedication to safe diver training.﻿

Posted by atedeschi at 8:53 AM
Email ThisBlogThis!Share to TwitterShare to FacebookShare to Pinterest
Labels: Shipwreck Lectures
Newer Post Home 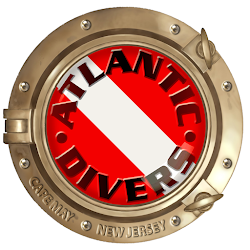